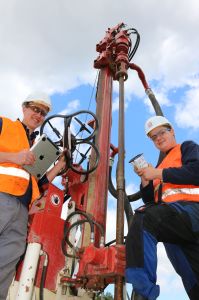 The argument over whether technology creates or destroys jobs has been going on for as long as I can remember.

Only yesterday John Naughton, in an article entitled “We are ignoring the new machine age at our peril“, worried about the impact of self driving cars and other technology on the future of employment. Naughton argued that there are “radical discontinuities that nobody could have anticipated”, driven by “combinatorial” effects of different technology trends coming together. These, he siad, include: “the near-infinite computing power provided by Moore’s law; precise digital mapping; GPS; developments in laser and infrared sensor technology; and machine-learning algorithms plus the availability of massive data-sets on which to train them.”

He warned the outcome could be “that vast swaths of human activity – and employment – which were hitherto regarded as beyond the reach of “intelligent” machines may now be susceptible to automation.” he went on to quote a studyby  Dr Carl Benedikt Frey and Michael Osborne, two researchers at the Martin School in Oxford,T heir report, The Future of Employment: How Susceptible Are Jobs to Computerisation?,  estimates the probability of computerisation for 702 detailed occupations, based on US government classifications of those occupations.  About 47% of total US employment, they conclude, is at risk from technologies now operational in laboratories and in the field.

However a study entitled ‘Are ICT Displacing Workers? Evidence from Seven European Countries‘ by Smaranda Pantea, Federico Biagi and Anna Sabadash from the Institute of Prospective Technologies in Seville comes up with a different answer. Looking at micro data ins even European countries for companies in the manufacturing, ICT producing and service sector the study found “a non-significant relationship between employment growth and ICT intensity among ICT-using firms.: The authors say: “Since our estimates mainly capture the “substitution” effects of ICT on employment (i.e. those due to ICT substituting for some type of labour and to ICT increasing productivity and hence reducing demand for inputs, for constant values of output), our results indicate that these effects are statistically insignificant.”

Of course this study and the American study are not directly comparable. They looked at different things and used different methodologies. One conclusion might be that whilst technology is not being directly substituted for overall employment, it is changing the nature of jobs available. Some labour market studies (for instance based on the US O*Net surveys) have suggested that what is happening is a bifurcation of labour, with an increasing number of high qualified jobs and of low skilled (and consequently low paid) service sector jobs. And of course another impact may be on the ;content’ and different skills required in different jobs. For instance our work in the construction industry through the Learning layers project suggests increasing adoption of technology is leading to the need for new (and higher) skills levels within what was traditionally seen as a lower skills sector. This has considerable implications for vocational education and training. ather than training for presents skills demands VET systems need to be looking at future skills. And by providing those future orein3eteds kills this could provide a workforce and society with the abilities and motivation to shape our use of technology in society, rather than as John Naughton fears that “we’re bound to lose this race against the machine” and in the course “enrich the corporations that own it.”